Welcome to the Land Down Under: Israel Business Club Sydney special event 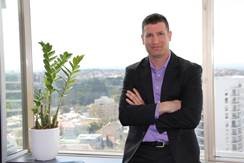 Topic: Welcome to the Land Down Under: Israel Business Club Sydney special event

We are proud to invite you to the Israel Business Club Sydney’s special event welcoming Mr Shai Zarivatch the newly appointed Israel Trade commissioner to Australia.

Shai’s position in Australia is his 2nd career posting abroad after serving in Singapore between 2009-2013, where he was the head of the Economic and Trade Department at the embassy. Prior to moving to Australia, he managed the Europe Department at The Ministry of Economy’s Foreign Trade Administration, headquartered in Jerusalem.

We will enjoy top Mediterranean food- Israeli, Iraqi, Lebanese and Turkish – from the kitchen of our very own Chef Michael Rantissi, owner of Kepos Street Kitchen and Kepos & Co. who has just published his second book “Hummus and Co” which invites you to generously participate in a great food tradition, full of love and laughter, with friends and family.

Michael Rantissi grew up in Tel Aviv and trained in Israel, Paris and New York. He moved to Sydney in 2005, working at iconic institution The Bathers’ Pavilion for a number of years before opening Kepos Street Kitchen in 2012 and Kepos & Co. in 2015..